After attending a candidate forum in the north-end I had an opportunity to meet with school-board candidate Liza Rankin. Although there are many issues I feel are not being address by the current candidates including Liza Rankin,  I feel she is less ideological and more academic in her approach. What stood out about Liza is her concern and willingness to address both of the other candidates in the primary who lost and ask about the concerns of the constituents who voted for them. No other candidate in District 1 or any other candidate afforded the same consideration at the forum. I think this is a significant indicator that a candidate is interested in representing the citizens rather than seeking power to push an agenda.

She also held a informal forum at a home about Special Education. Without the formalities attendants were given an opportunity to engage in discussions in depth. This is something that is rarely afforded in any school meetings.

Liza is well informed on the legalese of Special Education and on learning in Special Education. A great concern is the SLD (Specific Learning Disability) cohort. Dyslexia affects twenty percent of the U.S. population and eighty percent of the students in Special Education are SLD. There is evidence that poor curriculum, teaching by meaning rather than sound, is inducing dyslexia. Because of its high incidence and the affects of poor reading curriculum this issue needs to be addressed in the general classroom. Therefore, it is necessary for school-board members to have more than a cursory understanding in how students learn.

I endorse Liza Rankin for school-board because I believe she is concerned about doing the right thing and in representing the best interests of the students and their families. Mandatory Implicit Bias Training Is a Bad Idea It's all the rage. But in the view of some, it's seriously counterproductive. By... 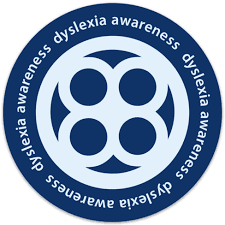